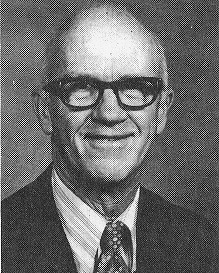 Biography: Spike Wilson was one of the most popular and dedicated athletic figures ever to come from the Southern Illinois area.  Spike attended Granite City HS and McKendree College where he was an outstanding athlete.  During his senior year of college, he was selected as the Most Outstanding Athlete by the Bloomington Pantagraph.  He also played for the Detroit Lions for several years.  In 1937, Spike was appointed as the athletic director for the Illinois School for the Deaf.  His work developing young athletes there is well known.  Late, Spike was promoted to be the principal of that school.  Spike somehow found time to win acclaim as one of the top officials in the State of Illinois.