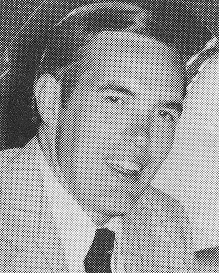 Tom Cole was an all-state player at Springfield HS in 1958 and 1959 as the Senators made consecutive state tournament appearances, winning the championship in 1959.  During that 1959 tournament, Tom was named the MVP.  For his prep career, Tom tallied 1,666 points before moving on to the University of Michigan.  As a Wolverine, he scored 972 points while grabbing 720 rebounds.  In 1963, Tom was named the Michigan team captain.  He was an all-Big Ten selection during both his junior and senior seasons. Tom passed away on September 22, 2005 at the age of 64.