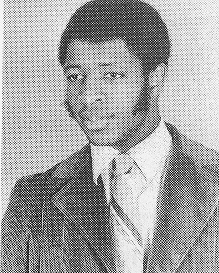 Biography: Owen Brown was a two-time all-state player for (LaGrange) Lyons Township High School in 1970 and 1971. He was instrumental in the Lions being undefeated state champions (31-0) in 1970. Brown, a consensus high school All-American Player in 1971, played three years for nationally ranked teams at the University of Maryland where he was team captain in 1975. At LaGrange, Owen scored over 1500 points. He added over 1,000 more at Maryland. His record of 24 rebounds in the 1970 championship game against East Moline stood for many years.   Impressively, Owen was an honor roll student at both Lyons and Maryland. He was working for Xerox Corp. at the time of his untimely death on February 4, 1976.