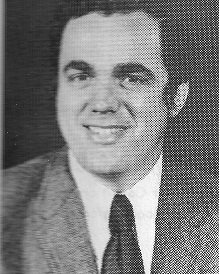 Biography:  Tom Jorgensen ranks as one of the great players ever to attend (Chicago) Parker High School. Tom played three seasons for Parker and led them to the state tournament for the first time in the school’s history during his junior season in 1951. Jorgensen averaged 24 ppg that season. As a senior, his Parker team finished second to Roosevelt in the Public League Playoffs. In the quarter final game he scored 43 points. Parker’s records during Tom’s career were 12-10, 27-5, and 18-5. Jorgensen was selected as an all city and all state player in 1952. Tom went on to play three seasons at The University of Michigan, where he was the captain of the 1954-55 squad. After his playing days, Tom coached at Maumee, Ohio before becoming an assistant at his alma mater in Ann Arbor. He became the head coach at Northern Illinois University where he compiled a 96-71 record. His 1971-72 team was 21-4. Tom Jorgensen passed away on November 29, 2013 at the age of 78.