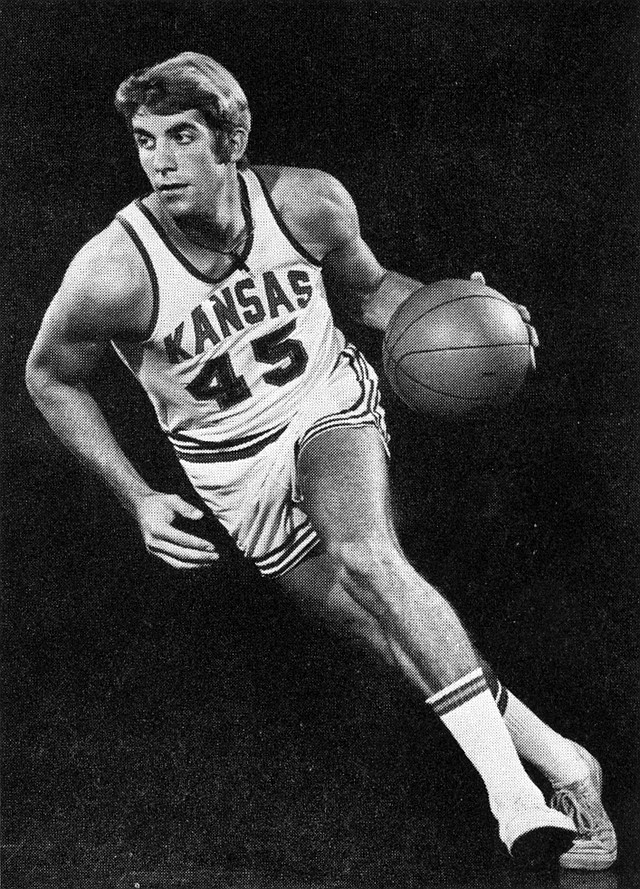 Biography: Tom Kivisto once scored 56 points for East Aurora High School against Rock Island. This was the highest of the four times he scored 50+ points. Tom was more than just a scorer. He set school marks that lasted for years in points, steals, forced jump balls and rebounds. Tom was an all-state player and an All-American Player as his team made two state finals appearances in 1969 and 1970. Tom went on to play for Kansas University where he was team MVP twice and captain on the NCAA finalist team in 1974. Tom won the Big Eight Medal for the Best Scholar-Athlete and was named to the Academic All-America team. He was selected to play in the Pizza Hut Classic after graduation.