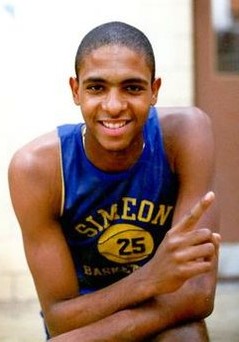 Biography:  Ben Wilson was rated the #1 high school player in American before being tragically shot to death just prior to his senior season at (Chicago) Simeon High School.  He starred on the Wolverines' IHSA 1984 Class AA state championship team as a junior.  Ben was the subject of an ESPN "30 for 30" documentary film titled, "Benji."  He was so highly regarded that many of his former teammates later wore his #25 jersey, including IBCA Hall of Fame inductee, Nick Anderson.  Ben Wilson died on November 21, 1984.