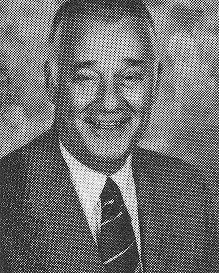 Biography:  Herb Scheffler enjoyed a great basketball playing career as a member of the strong Springfield teams of the mid 1930’s. Herb was an all-state player in 1935 when the Senators defeated (Harvey) Thornton 24-19. He was named to the All Little 19 Conference team while playing at Illinois College in 1937. Then Herb moved to Oklahoma where he was named to the All Big Six squad for the 1939-40 season. He closed out his playing career as a professional with Detroit in 1946. From 1947-55,  Herb coached his high school alma mater, making two trips to Champaign and the IHSA State Tournament during that span. Herb Scheffler passed away on January 20, 2001.