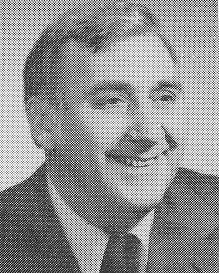 Biography: Norb Lewinski was an outstanding player at (Chicago) Mt. Carmel HS.  He earned MVP honors in the City Championship game before moving on to the University of Notre Dame.  His consistency was shown by his 18 ppg average during his senior year in college, only one less than his high school average.  In the 1952-53 season, Norb was the Irish captain as the squad became the first in school history to reach the NCAA tournament.  After touring as a member of the College All Stars who played against the Harlem Globetrotters, Norb was drafted and signed by the Ft. Wayne Pistons of the NBA.  Unfortunately, Lewinski was called to military service and never played at that level.  Norb died on November 29, 2014.