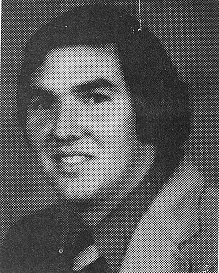 Biography: James Monahan played on an Arcola basketball team which reeled off 26 straight wins in the 1960’s.  James was named as an all-state player for his senior season.  For his Arcola career, he scored over 1,100 points and grabbed 460 rebounds.  After high school James moved on to the University of Notre Dame where he was that squad’s most valuable player as a junior and served as team captain during his senior year.  For his Irish career, James scored 780 points while grabbing 310 rebounds.  After playing in the Kentucky-Indiana All Star game following his senior season, James returned to Arcola to run his own business.