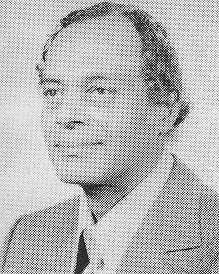 In 1947, Paris HS ruled high school basketball in Illinois.  Instrumental in that accomplishment was Robert Owens.  An all-state player in 1947, Robert was also named as a prep All-American player.  He was named to these teams as a center despite standing only 6’3”.  After his prep days ended, Robert stayed and worked in Paris.  Robert Owens passed away on March 4, 2000.