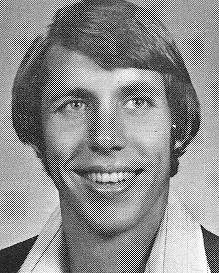 Biography:  Robert Kivisto holds the unusual distinction of being an All-State Player at two different high schools. From 1964-67, Bob attended (East Moline) United Township High School where he earned the honors as a junior. Bob set a national record with 52 points in a game as a freshman player. Kivisto played his senior year at East Aurora High School where he had one of the best seasons a prep ever could. He scored 796 points, grabbed 298 rebounds, made 309 assists, and had 272 steals. For his four-year, 96 game career, he scored 2,052 points (21.4 ppg); grabbed 651 rebounds (6.8 rpg); distributed 743 assists (7.7 apg); swiped 645 steals (6.7 spg). After his prep career, Bob attended Kansas University, where he was on an NCAA Final Four team in 1971 with fellow IBCA Hall of Famer Dave Robisch (1973 inductee). After his playing days, bob turned to coaching, spending time at several schools included being an assistant at Quincy University in Illinois and back at Kansas for a brief time.