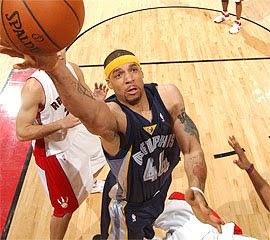 Biography:  Andre played his freshman season at (Chicago) Br. Rice High School before transferring to (Chicago) Leo High School where he earned all-state honors for each of his three remaining prep seasons.  He was a McDonald's All-American player his senior year.  Andre played 4 years at DePaul University.  At the end of his collegiate career he ranked 4th in Conference USA history with 855 rebounds.  He became one of eight DePaul players with more than 1,000 career points scored and 800 career rebounds grabbed.  Andre played in the NBA from 2006-2009 with Seattle, Memphis, and Charlotte.