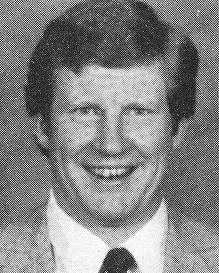 Biography: Rick Lopossa went from basketball manager to “All-State Player” in one year at Pekin High School. Doctors gave Rick the green light to compete as a senior after a medical condition had kept him on the bench for his first three years of high school. All he did was score 425 points and grab 175 rebounds in the 1959-60 season. Dawdy Hawkins, the coach at Peoria Central that year, recalls that “All the Mid State 9 coaches thought Pekin was going to be down that year. But we didn’t know about Lopossa. He was a heckuva player.” After being named to “All-State” honors, Rick attended Northwestern University. While there he scored 980 points (16.5ppg) for the Wildcats and was named All-Big Ten in his senior year. Rick was a Wildcat teammate of fellow Hall of Famer Rich Falk (1975 inductee).