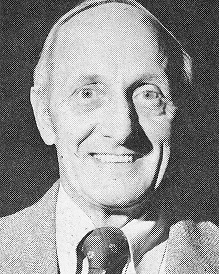 Biography:  John Niemiera’s two seasons at Chicago’s Weber High School were noteworthy as he achieved All-Catholic League honors both years. He was their scoring leader with 202 points in 10 games. His playing career would continue for 13 additional seasons beyond high school. John averaged 14 ppg for The University of Notre Dame from 1941-43. From 1943-46, he was in the service and played on great military teams at Camp Grant and Valley Forge General Hospital. He was named to several all-service teams. After the military, John spent three seasons with Wilmington in the Eastern Pro League before joining the Fort Wayne Pistons from 1946-49. He concluded his pro career with the Anderson Packers from 1949-51.  John was regarded as a defensive specialist. He guarded such pro greats of his era—Bob Davies, Ralph Beard, Maz Zaslofsky, Ed Riska, Slater Martin, and Stan Szukala—just to name a few. After his pro career, John was a Chicago Catholic League coach at Weber, Little Flower, and DeLaSalle High Schools. He finished a distinguished career as the athletic director at DeLaSalle High School. John holds the IBCA distinction of being the only person selected to the Hall of Fame in 3 categories: as a player (1979 inductee); as a friend of basketball (2001 inductee); and as a coach (2003 inductee). John Niemiera passed away on December 27, 2003.