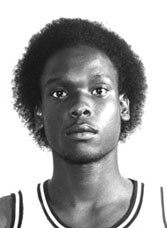 Biography:  Darius started as a freshman on (Chicago) Phillips High School's 1975 Class AA IHSA State Championship Team.  He earned Parade Magazine All-American Player honors for his senior season.  Darius chose to stay in his hometown of Chicago to play at Loyola University.  He was the Midwestern City Conference Player of the Year in 1981.  He set the Ramblers' career assist record with 703 given.  He finished his career with 1,610 points and played for several seasons in the Continental Basketball Association.