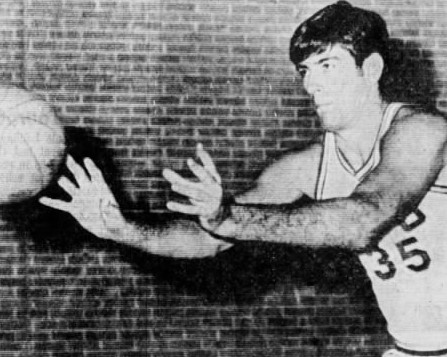 Biography:  Danny starred at Mt. Vernon High School.  He scored 302 points on an IHSA Super-sectional team as a junior and another 637 points were scored his senior year as the team advanced to the IHSA Sectional finals.  At the time of his graduation, Danny ranked 9th in career scoring for the Rams.  After his prep days, Danny was a standout player at Murray State Junior College in Oklahoma before transferring to LSU where he played from 1968-70.  One or his Tiger teammates was the legendary "Pistol" Pete Maravich.  Danny earned All-SEC honors.  He was drafted in the 2nd round of the NBA draft by the Atlanta Hawks but chose to play in the ABA for the Denver Nuggets and Kentucky Colonels.