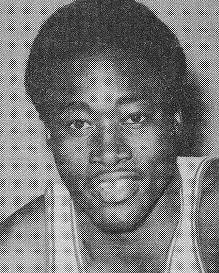 Biography: Dan Davis was never associated with anything but a winner, first at (Chicago) Crane Tech High School and then,at Northwestern University. Davis led Crane Tech to the Chicago Public League title in 1965. Davis played on three successive first division teams at Northwestern from 1966 through 1969. A strong rebounder at 6-foot-3 Davis also established a Wildcat record for free throw accuracy of .882 in 1969. At one point in the season Davis connected on 31 consecutive free throws. Davis averaging 10 ppg in his three seasons at Northwestern. Davis served as the youngest head coach in Chicago when he returned to Crane as basketball coach following graduation at age 22, leading Crane to a Public League crown in 1972. His teams at Crane compiled records of 17-9, 18-8 and 27-6 before returning to Northwestern as an assistant coach following his three seasons at Crane. Dan dedicated his life to helping Chicago youth through his basketball clinics and service to city schools.