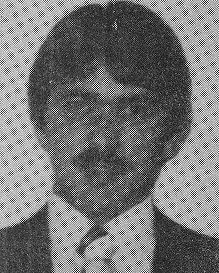 Biography:  Beason Community High School no longer exists, but memories of that tiny school’s greatest basketball player still linger in that Central Illinois community. Robert Guy was an all-conference player for three seasons at Beason scoring 2,149 points along the way for a 25.3 ppg average. As a sophomore Bob had high games of 50 and 57 points. As a senior he led the state in scoring with 981 points for a 33.8 ppg average. In 1963 he established a freshman scoring record a Lincoln College of 639 points (22.8 ppg).   Guy sandwiched his final two years of college basketball at Lakeland College in Wisconsin around two years of military duty. In 1966 he scored 693 points (23.8 ppg) and was named to the Wisconsin all state college team, a feat he duplicated in 1969. In that final year he was also named to a 12-man small college team which toured Czechoslovakia. His best effort as a collegian was 55 points in a game. Bob has been named to Lakeland’s Hall of Fame. At 5’10”, Bob had a college total of 2,506 points (23.3 ppg).