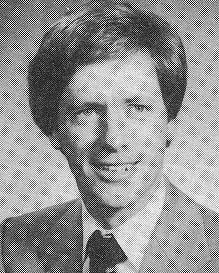 Biography:  Jerry McGreal was truly one of the players who helped Illinois State come of age in basketball. An All-State Player at Rantoul High School, Jerry was twice the most valuable player in the IIAC while at ISU. Three times he was named most valuable for the Redbirds. At the time of his graduation in 1968, he was the all-time leader in assists at ISU and its second leading scorer. That year McGreal was named to the AP first team small college All American Team. After college, Jerry became an attorney in Florida.