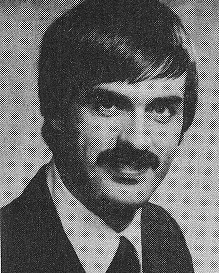 Biography:  LaSalle-Peru High School has produced some great high school basketball players and one of its best was Gary J. Novak. He led the Cavaliers to the state tournament in 1970 and was named to the 1st team all-tournament. A unanimous all-state player, Novak was honorary captain of the Prep Sports Special All-State Team and the Sunkist All-American Team. His 47 points and 25 rebounds against (Ottawa) Marquette High School established school marks. At LaSalle-Peru, Gary totaled 1,274 points (26 ppg) and grabbed 783 rebounds. Moving on to The University of Notre Dame, Gary continued to excel. He was a co-captain twice and he was MVP of the 1971-72 season. The next two seasons he was named the Irish Best Defensive Player. In both 1972 and 1974, Gary was an Academic All-American. At the time of his 1974 graduation, Gary held the Notre Dame record of having started 85 consecutive games. He received the prestigious Father Joyce Award as the outstanding student-athlete. After his collegiate days, Gary completed his studies to become a doctor of internal medicine.