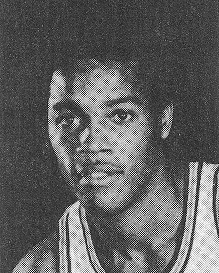 Biography:  Richard Schultz, a 6’6” forward, scored 798 points in 28 games as a senior at (Springfield) Lanphier High School, a team he led to the state tournament in 1968. For the season, Rich earned all-Springfield area and all-state honors for his 28 ppg and 12 rpg averages. He then became an all Missouri Valley Conference selection at Bradley University. As a senior, he was the MVP of the Sugar Bowl Tournament and the co-captain of the Braves. He ended his collegiate career as a member of the Braves’ 1000-point club with 1,109 points in his 76-game career. He was inducted into the Bradley Hall of Fame in 1977. He ended his playing career with the Carolina Cougars and the Denver Rockets of the ABA. Rich was inducted int the Springfield Sports Hall of Fame in 1997. Rich Schultz lost his battle with cancer at the age of 58 on November 18, 2008.