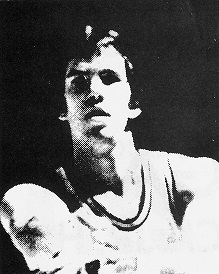 Biography:  As a high school senior at Downers Grove North High School in 1969, Jeff Dawson was named all-West Suburban, all-state, all-America and played in the Dapper Dan All-Star Classic. Dawson averaged 32.5 points as a senior. In 1970 Dawson was a member of an undefeated freshmen team at Duke University. After his sophomore season, Dawson switched to Illinois and was named to the all-Big Ten team in 1974 and was an academic all-America. He also served as the captain of the 1973-74 Fighting Illini. His 35 points against Michigan State in January of 1974 is among the top efforts by an Illini player. Jeff was drafted by both the NBA and the ABA but never played professionally.