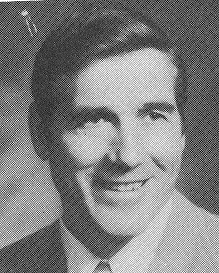 Biography:  Charles Schramm has the distinction of earning most valuable player honors at both Northern Illinois University and Western Illinois University. As a player at Highland Park High School, Schramm averaged 13 ppg. As a freshman at NIU he was named MVP. After sitting out a season, Schramm returned to college at Western Illinois under Hall of Fame coach Leroy “Stix” Morley. Schramm averaged 15.5 ppg as a sophomore on a Leatherneck team which placed third in the NAIA, compiling a 27-3 record. Western was a NAIA quarter finalist the following year posting a 28-3 record with Schramm averaging 13.5 ppg. Again a NAIA quarter-finalist in 1956-57, WIU had a 22-3 record and Schramm averaged 14.4 ppg. Schramm was a four-year IIAC all-league player and a two-time NAIA all-American. Schramm was a member if the NAIA Olympic Trials team in 1956. A second –round draft choice by the Boston Celtics in 1957, Schramm went on to play with the Wichita Vickers in the National Industrial Basketball League. After his playing days, Schramm coached 11 years at Highland Park HS compiling a record of 100-132. Chuck went on to be the head women’s coach and assistant men’s coach at Lake County Junior College. He then returned to his prep alma mater as the girls’ head coach.