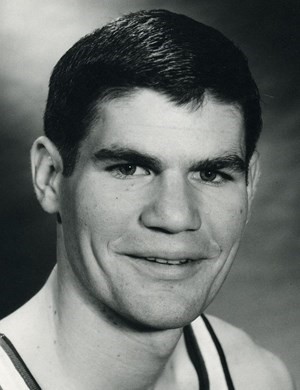 Biography: Steve averaged 24.5 ppg and 11.6 rpg as a senior at Gibson City High School.  He moved to Normal where he started every varsity game at Illinois State University from 1965-68 (Note:  Freshmen were not eligible to participate in varsity games at that time.)  He was a team captain during his junior and senior seasons.  During his junior season, he led a squad that placed 4th in the NCAA College Division Tournament.  During his senior year, he led a squad that was ranked as high as 3rd in the nation–college division, and posted a 25-3 record.  Steve set the ISU record for rebounds in a season with 344.  He is a member of the 1,000 point club with 1,267 points scored–remember, no 3-point line at this time.