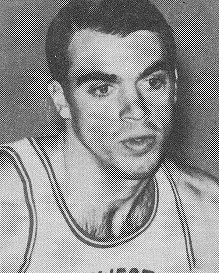 Biography: Terry Gamber is another of the great basketball players produced by Mount Vernon High School. Gamber led the Rams in scoring as both a junior and a senior, while also serving as captain and leading the team in assists. He was a consensus all-state player both years. After his 1965 graduation from high school, Terry went on to play for Northwestern University. From 1966-1969, Gamber started every game for the Wildcats and averaged 10.5, 14 and 15 ppg, respectively.  He was the team’s assist leader for each of his three seasons as well as the Wildcats’ leading free throw shooter throughout his collegiate career. As a sophomore, Gamber set a then Madison Square Garden record of 13 assists in one game of the New York Holiday Tournament. Gamber concluded his career at Northwestern by being named the recipient of the N Club’s Outstanding Athlete Award.  After college, Terry became a respected attorney-at-law.  He then was selected as judge for the 2nd Judicial Circuit Court in Mt. Vernon, retiring in December of 2011.