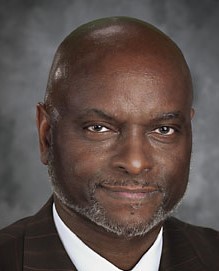 Biography: Arthur was a standout point guard at (Chicago) Von Steuben High School where he averaged 7.7 assists per game for his three year varsity career.  During one game he set a single game school record with 21 assists.  Arthur earned all-conference, all-city and all-state player honors before graduating in 1972.  He later was a 4-year starter at Trinity Christian College and team MVP during his senior season.  Arthur never stopped assisting people as he became a director of the Illinois Department of Juvenile Justice.  Arthur is a past winner of the MacArthur Foundation Champion of Change award and in 2013 co-chaired the inaugural Illinois Juvenile Justice Leadership Council (IJJLC). He holds master’s in Human Services Administration from Spertus College in Chicago.