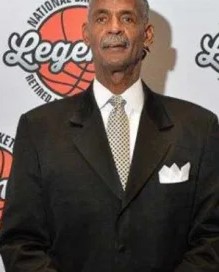 Biography:  LaRue Martin played basketball at (Chicago) DeLaSalle High School, where as a senior in 1968, he was the most valuable player award winner and was named to the All-Chicagoland Catholic Prep team as well as the all-state team. The 6’11” Martin stayed in Chicago and had a brilliant career at Loyola University, where he was an All-American selection as a senior. He shared the Chicago Stadium rebound record of 27 for a game with Bill Walton. Martin was also the No. 1 pick in the National Basketball Association draft by the Portland Trail Blazers. His pro-career was cut short by a knee injury. Martin is already a member of the DeLaSalle Hall of Fame.