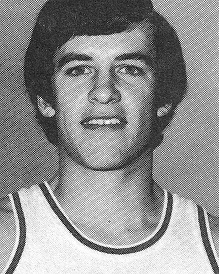 Biography:  Zack Thiel played three seasons for his father, John, at Galesburg High School. During his three seasons with the Silver Streaks, Zack played on teams which won 77 of 86 games. The 1968 team placed second in the state tournament to Evanston, while the 1969 team lost in the quarterfinals to Champaign. The 1970 team lost to East Moline, the eventual state runner-up, in the sectional finals. Zack was named to the UPI and AP all-state teams in 1970 and was named all-state captain. Zack set an assist record as a junior for the Streaks and led them in that department as a senior while averaging 19 ppg. An excellent defensive player with lightning quick hands, Zack went on to college at Southern Methodist University, where he was a three-year regular. As a freshman he won the Jim Kreb Most Outstanding player award. While playing for SMU it won the Southwest Conference title and participated in the NCAA Tournament.