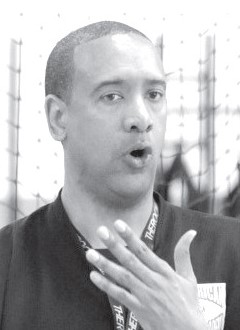 Biography: Phil was a McDonald’s All-American at Crete-Monee High School and earned a scholarship to Duke University.  He helped the Blue Devils to three consecutive NCAA Final Four appearances.  As a senior at Duke, Phil averaged 18.5 points per game while earning second-team all-Atlantic Coast Conference honors and was selected as Duke’s team MVP. He scored
1,397 career points at Duke and was drafted by the NBA’s Dallas Mavericks. He played professionally in Belgium, Mexico
and the Continental Basketball Association, where he averaged 12.7 points and 2.5 rebounds. After retiring from the game, Phil coached youth basketball in the Philippines, where he died in his home on Feb. 17, 2013.