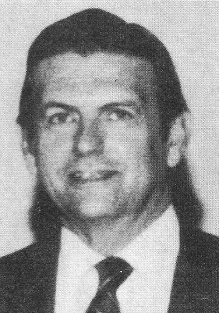 Biography: Champaign High School (now known as Champaign Central) reeled off three high finishes in the Sweet Sixteen from 1944 to 1946. A big reason for that success was Jim Cottrell, a 5-10 guard. In 1944, the Maroons were fourth in the IHSA State Tournament, losing to (Chicago) South Shore 52-34 after dropping an exciting 40-36 quarterfinal appearance against the storied 45-0 Taylorville team which ruled the state under Dolph Stanley. In 1945 Decatur defeated Champaign for the title. In 1946, it was Champaign’s turn to rule the state with a 54-48 defeat of Centralia, as Cottrell scored 14 points in the title game. Cottrell was named captain of the 1946 Chicago Daily News all-state team, was the Danville Commercial News athlete of the year and was selected for the coaches’ summer all-star game. Cottrell was a member of the 10-man University Illinois NCAA squad in 1948-49 when the Illini were Big 10 Champions. As a senior in 1949-50 he was again a member of the Illini varsity.