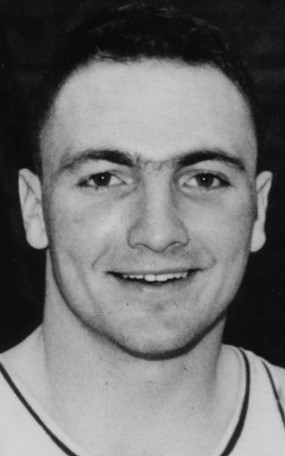 Biography:   Despite a severe childhood hearing loss, Bob Riggenbach became an outstanding prep and collegiate athlete. During his senior year in 1952 at Tremont High School, Riggenbach led the Turks to only their fourth Tazewell County Tournament title in the school’s history. Overall, Riggenbach earned 15 varsity letters at Tremont. After Riggenbach recovered from a football injury as a senior, the Turks won 14 of their last 16 basketball games. Bob Riggenbach turned down professional baseball and other college offers out of high school for nearby Illinois State University, where he went on to MVP seasons in both baseball and football.  Riggenbach played basketball at ISU, under coach James Goff (HOF player in 1974).  Riggenbach left ISU in 1956 with 11 varsity letters and was the last 4 sport letter winner in Redbird history (football, baseball, track and basketball). Out of college he accepted a $4,000 pro baseball contract with the Cleveland Indians.and spent a year in the minors before taking a teaching and coaching job at Elmwood High School. He and wife Marcia both eventually moved on to (Bartonville)Limestone High School, where they coached and taught for more than 30 years until their dual retirement in 1993.