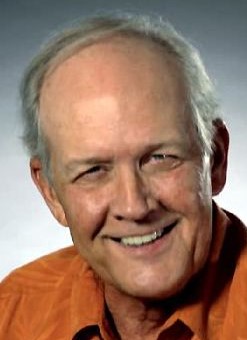 Biography:  Bob Trumpy enjoyed a great professional football career as a pass receiver following his play at the University of Utah. This may have allowed people to overlook his prowess as a basketball starter at Tremont High School as a freshman and then for three years at Springfield High School. As a sophomore at Springfield, Trumpy was a starter on Coach Ray Page’s 1959 state championship team. Trumpy was named all-state in 1961 as a senior when he served as team captain.  After college, Bob played 10 seasons with the Cincinnati Bengals of the NFL.  From the field, he made his way to the broadcasting booth.  During that time, he called two Super Bowls.   He was given the Pete Roselle Award for broadcasting from the Pro Football Hall of Fame in 2014.