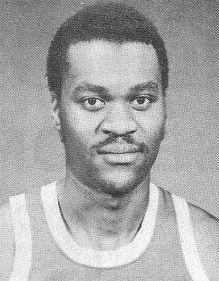 Biography: Many honors were earned by Jeff Wilkins as an Illinois High School player at Elgin. “The Big Dipper” was a prep All-American and was an all-state player at Black Hawk Junior College. Wilkins twice was on the All-Illinois collegiate team later at Illinois State, where he was also a special mention All-American, All-Mideast Region, second team All-NIT and Most Valuable and co-captain. Post season games Wilkins competed in include the Portsmouth, Va., Invitational, the Pizza Hut Classic at Las Vegas and the Aloha Classic in Honolulu. Illinois State reached the NIT quarterfinals in 1977. ISU teams on which Wilkins started had records of 20-7 and 22-7. Wilkins was the defensive intimidator on both and blocked 103 shots as a senior. ISU with Wilkins won the 1976 Bradley Classic and the Connecticut Classic in 1978. Wilkins averaged 16.4 for 81 games at ISU carrying a 21.8 average as a senior. Wilkins scored 1329 points at ISU and pulled down 794 rebounds. His high scoring game at ISU was 41 in 1977 against Butler. Twice at ISU Wilkins grabbed 20 rebounds in a game. His 631 points as a senior was ISU’s 5th best mark at that time (Doug Collins had three of the other four higher years).  After his time as a Redbird, Jeff played for the Utah Jazz of the NBA.