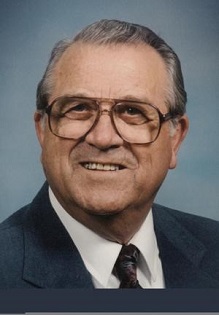 Biography:  Galen Davis attended DuQuoin High School from 1938-42, where he received three varsity basketball letters. He was the Indians’ leading scorer for two of those years and All-Southwestern Egyptian Conference twice. He was named to All-State second team by the Springfield Journal and the Associated Press in 1942. Davis attended Southern Illinois University after his playing days at DuQuoin and graduated in three years. Two of those years, Davis was a member of the Saluki basketball team and he lettered during the 1947-48 season. That SIU team had a 22-4 record and ruled the IIAC. Southern was a district NAIA winner that year. Galen died on October 27, 2015.