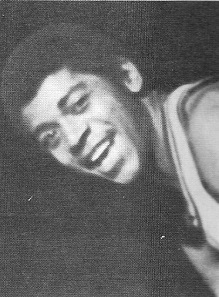 Biography:  Mark Smith’s basketball career netted him two all-Mid-State Nine selections at (Peoria) Richwoods High School. At the University of Illinois, he was a four-year starter. He averaged 11.6 points and six rebounds as a freshman. In 1979, when he averaged 13.5 points and 5.8 rebounds, he was the Illini most valuable player and was named second team all-Big Ten. As a junior, Smith averaged 15.3 points and 6.1 rebounds. During his senior year, Smith averaged 13.9 points and 5.9 rebounds and was, for the second straight year, honorable mention all-Big Ten. By the time he left the Illini, Hh ranked second in career scoring with 1,653 points and sixth in rebounds with 723. His 437 free throws topped the Illini career mark as did his 350 assists and 162 steals. He was drafted by the Milwaukee Bucks, but played with Saint Truiden in the Professional League of Belgium where he averaged 39 points and 15 rebounds. The following year it was the Montivedeo, Uruguay Colon and a 27 point average and 14 rebounds. In the 1983-84 season, Smith averaged 18.1 points and 8.9 rebounds for the Puerto Rico Coquis in the CBA. He was a CBA player of the week and was named second team all-CBA. Sadly, Mark died at the young age of 41 on June 27, 2001.