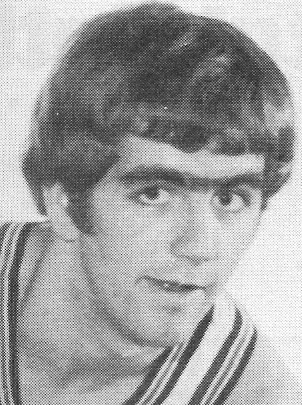 Biography: Dennis Graff led the state in scoring at Gibson City with a 29.7 average as a junior in 1971 and a 33.4 mark as a senior in 1972. He was an All-Wauseca Conference selection for three years and named all-state as a senior.  Graff scored 67 points as a senior against Clifton Central. On five separate occasions as a senior Graff outscored the opposing team by himself. Graff still had time to be credited with 190 assists as a senior. Graff and the Greyhounds made it to the Elite Eight in Class A in 1972. Raymond (Lincolnwood) ended Graff’s high school basketball career 68-66 in the quarterfinals, but Graff was named to the all-tourney team. Graff was a letter winner at the University of Illinois and led the Big Ten in free throw percentage with a 92.3 mark in 1974.