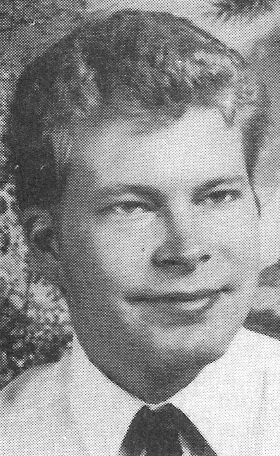 Biography:  David Johnson scored 2,468 points in a four-year career at ROVA High School in Oneida (Now ROWVA) to rank ninth on Illinois’ all-time scoring list. He was named to the Chicago Daily News all-state team three straight years and twice to the Chicago Tribune honor squad. In addition, he was named a super soph by the Champaign News Gazette. In his playing years ROVA varsity teams posted records of 19-7, 18-7, 23-4 and 28-3. The Tigers won three straight Little Six titles, two IHSA regional championships and earned a second place in the 1976 IHSA State Class A tournament. He was a 56% shooter from the floor for his four seasons and 74% from the free throw line. He set three state tourney records for free throws—one game 19 of 20, consecutive 15, consecutive one game 15. He was an all-tournament selection by both the AP and UPI. Dave played four years at Drake University where he averaged 10.4 as a senior and was a Missouri Valley Conference All-Academic selection. From 1981-1983 he played four seasons in Australia.