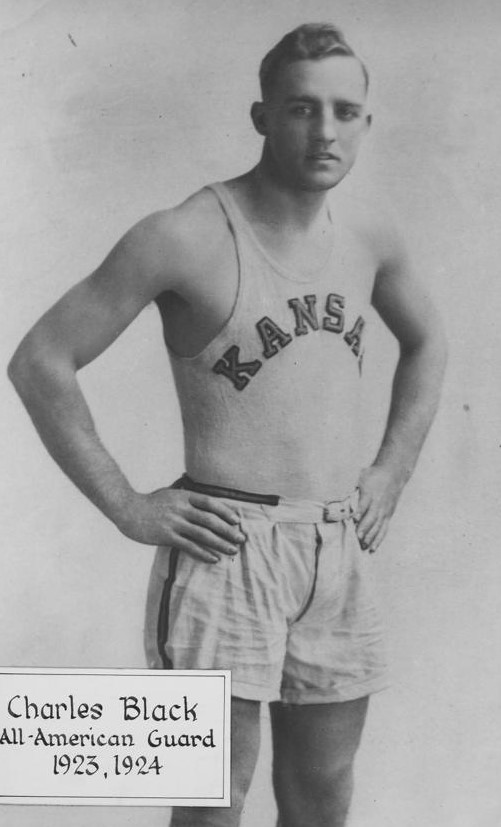 Biography: Charlie “Dink” Black was on the first Alton High School boys’ basketball team in 1919 that went 22-2 and lost in the state quarterfinals to Champaign, 23-19. He was team captain, averaging 12 points per game, and is in the Alton Athletics Hall of Fame.  Charlie graduated in 1920 and played college basketball at Kansas, where he was highly regarded for his defense and strong guard play. Charlie led the squad to 3 consecutive Missouri Valley Conference crowns and 2 national championships while playing for the legendary Forrest “Phog” Allen.  His No. 8 jersey was retired by Kansas, believed to be the first jersey retired by the Jayhawks.  He later was head coach at Nebraska.  Charlie died on December 14, 1988 at the age of 87.