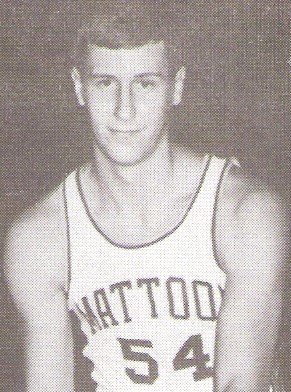 Biography:  Jeff Furry played basketball at Mattoon High School and Eastern Illinois University. At the time of his graduation, he was the Green Wave’s fifth all-time leading scorer and as a senior established the single season mark of 643 points. Furry set the single game Mattoon mark of 43 points and four other times scored 40 or more points. He was all Big 12 conference and was named to the all-state team by the Chicago Daily News. Furry was a three-year starter at Eastern Illinois from 1974-76. When he left Charleston, Jeff was the Panther’s eighth leading scorer with 1,246 points. Furry was the most valuable player in 1976 when EIU took third place in the NCAA college division tournament when he was also scored at a 15.3 ppg rate. He led the Panthers in rebounding as a junior and senior while finishing with 730 in his career. During Furry’s three years as an Eastern Illinois starter the Panthers compiled a 57-28 record and competed in two NCAA college division tournaments.