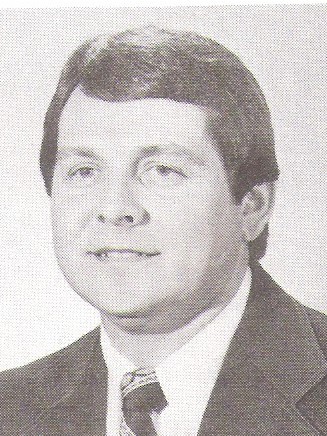 Biography:  Larry was a decorated four year, 4-sport athlete at Shelbyville High School (football, basketball, track, baseball).  In basketball, Larry was a starter for the 4 years of his prep career.  During his junior year, he was named to the All-Kankakee Holiday Tournament.  As a senior in 1961-62, Larry was the quarterback of the Chicago American All State Team for football.  In basketball, he was named to the All-Centralia Tournament team as well as numerous all-state teams.  He led the Rams in rebounds and assists while averaging 26 ppg.  He scored 2,067 career points (before the 3-pt line) with a single game high of 47 points.  He had numerous offers in the 4 sports but chose to accept a basketball scholarship to the University of Illinois.  As a freshman Larry was the captain of the frosh team (freshmen were not eligible for varsity competition at that time).  He lettered with the varsity squad the following three seasons.  After his senior year, Larry received the George Huff Award given to an individual who is a letterman and also made the dean's list.