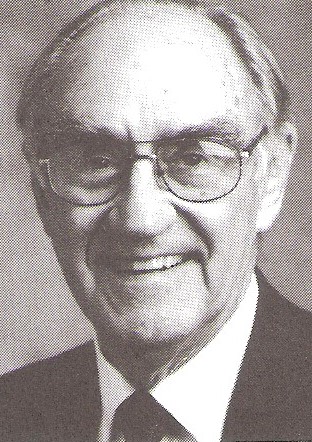 Biography:  George Burditt graduated from Lyons Township in LaGrange in 1940 after a distinguished career. He was the captain of the West Suburban Conference champions as a senior. As a junior he scored the same number of points as opponents since average scores were Lyons 30, opposition 16. Burditt captained the freshman team at Harvard and as a junior captained the varsity. As a sophomore he was fourth among Ivy League scorers and was named all-Ivy League. That season Harvard beat Dartmouth by the same margin that Stanford beat Dartmouth for the NCAA championship at Kansas City. Burditt covered the game for the Boston Herald and remembered at age 19 sitting at the press table with all the major sports reporters of that generation.  As a junior he was on his way to duplicating or surpassing his great sophomore season and was considered one of the Ivy’s best. Although Burditt’s basketball career was cut short by World War II, he still held several school scoring records for years. When he returned to Harvard Law School after serving as a four-engine bomber pilot and instructor, Burditt played semi-pro basketball. Players on teams in Worcester, Marlborough and Lynn, Massachusetts earned the magnificent sum (in those days) of $20 a game.  As president of the Chicago Bar Association, the largest such organization in the world, Burditt pushed through and founded, in 1980, the Sports Law Committee to do something about the flesh-peddling of young athletes and other wrongful and detrimental conduct at the high school and college levels.  George died on March 12, 2013 at the age of 90.