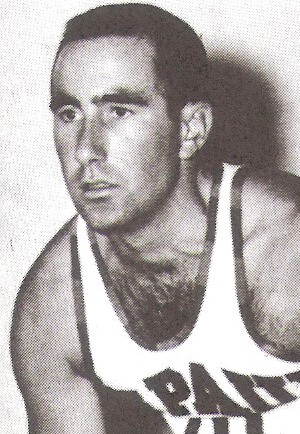 Biography:  Howie Carl became the first player to play basketball on all three levels in the city of Chicago - high school (Von Steuben), college (DePaul) and professionally (NBA Packers). He was a three-year starter at Von Steuben and two-time all-area and all-city selection. As a senior Carl was the leading scorer in the state with a 34 ppg average.  Carl had an outstanding career at DePaul University where he led the team to two NCAA tournaments in three varsity seasons and finished with a 20 ppg scoring average that is set the school record. When he graduated in 1961 he was second in career points only to the legendary George Mikan and his 85.3 career free throw percentage set the school standard. He scored the most points in a game at Alumni Hall with 43. He was an all-America pick as a senior and twice received honorable mention all-America honors.   Carl was drafted in the fifth round in 1961 by the NBA’s expansion Chicago Packers. He averaged 5.5 ppg in 31 games before going on to a career at the Chicago Mercantile Exchange. He is a member of the Chicago Sports and DePaul University Halls of Fame. Carl died on October 24, 2005 at the age of 67.