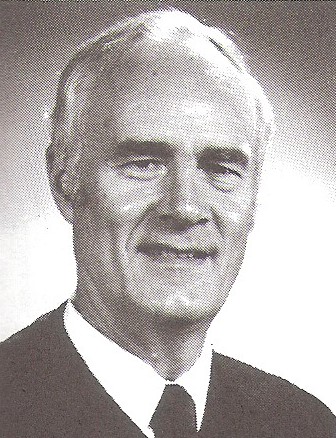 Biography:  Fred Green was the greatest basketball player ever produced at Urbana High School and he played 68 games at the University of Illinois. Dike Eddleman, who was one of the greatest all-around athletes ever in Illinois, named the 6-foot-6 Green as one of the best he ever played against in high school. Green, who was a state of Illinois judge for 42 years, was the third-leading scorer for Big 12 Conference Champion Urbana in 1939-40. As a senior he led the conference in scoring as Urbana (28-11) finished second in the Big 12 but advanced further in the state tournament than any other team in school history. Urbana and Green lost twice to Champaign High School in the regular season but they met for the sectional title. Urbana trailed early but pulled out a 42-38 win as Green scored 20 points and clinched the win with a “short hook shot that split the net as the Urbana galleries screamed until the walls begged for mercy and the girders echoed the victory chant,” according to the Urbana Courier.  Green led the state tournament scoring with 87 points, which was a record at the time. He scored 26 against Collinsville High School in the Sweet 16, 25 against Pittsfield High School in the quarterfinals, 22 against Canton High School in the semis and 14 against (Berwyn-Cicero) Morton High School in a 32-31 title-game loss. Green’s 460 points set an Urbana record that stood for 33 years. He was also all-state in football and is a charter member of the Urbana High School Hall of Fame.   At 17, Green attended prep school at Exeter Academy in New Hampshire. In 1942 he set a school record with 37 points and one of his teammates was future President George W. Bush. He enrolled at Illinois and played on the freshman basketball and football teams. At the semester break he joined the Army but returned to Illinois in 1946 for the second semester and went on to earn four letters.  During the 1946-47 season, Green started at center on a team that included four of the five original Whiz Kids. The 1948-49 team won the Big Ten and took third in the NCAA tournament. That team was led by Eddleman, Bill Erickson and Wally Osterkorn and lost to Adolph Rupp’s great Kentucky team with Alex Groza and Ralph Beard.  Fred Green died on October 10, 2008 at the age of 84.