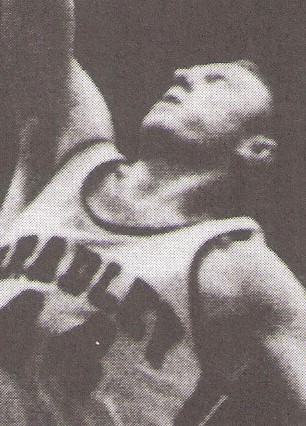 Biography:  Mike Owens teamed with Bobby Joe Mason at Bradley University to form one of the greatest guard duos in the country after a fine career at Galesburg High School. Owens played on the 1955 Silver Streaks’ team under Frank Adams, which was a 66-60 overtime victim of Elgin in the state tournament quarterfinals.  In 1956, under legendary coach John Thiel, the Streaks were a sudden death overtime loser to eventual state champion West Rockford in the first year of super-sectional play. As a senior, Owens was named to the Chicago Daily News and Champaign News-Gazette all-state teams.  Owens went to Bradley and played on a 15-0 freshman team coached by Joe Stowell in 1956-57. The next three years, Owens was a starter for Chuck Orsborn. He totaled 773 points in 81 career games and helped the Braves to a 72-13 record (.847) with three National Invitational Tournament trips and a runnerup finish in 1959. The following year, Owens was named team MVP as he led Bradley to the second of its four NIT titles with regular-season victories over No. 11 St. Louis University and top-ranked The University of Cincinnati.  Owens played minor league baseball in the Pittsburgh Pirates system before transitioning to teaching and coaching. He spent three years at (Bartonville) Limestone High School, five at Wheeling High School, one as an assistant at Northwestern University and four at his alma mater, where he led the 1975-76 team to a 27-4 record and the IHSA Class AA Elite Eight. He became principal at Galesburg High School and the athletic director at Moline High School.  Owens has twice been named to Bradley’s Athletic Hall of Fame and twice to the IBCA Hall of Fame for his individual accomplishments and the 1960 Bradley NIT champions. He is also a member of the Greater Peoria Sports Hall of Fame.