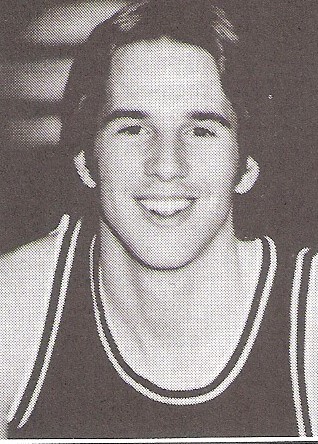 Biography:  Brad Warble is remembered by Lyons Township (LaGrange) Hall of Fame coach Ron Nikcevich as the perfect example of a complete basketball player. “He defended, rebounded, scored, dribbled and led,” Nikcevich said of the 6-foot-5 Warble. “What position did he play? You name it.”  Warble was the leader of the 1970-71 and 1971-72 Lions, who had a combined record of 43-9 and dominated the West Suburban Conference at 25-3. The 1971-72 team won the prestigious Proviso West Holiday Tournament as Warble made first-team all-tourney. Warble also captained the Lions to York IHSA Regional and Elk Grove IHSA Sectional Class AA titles.   Warble was an instant starter at Eastern Illinois University and held that role through his senior year. He was named the Panthers’ defensive player of the year each season. He became honorary captain and made all-star teams in 1975 and 1976. As a senior he led the Panthers to third place in the NCAA Division II tournament. He was a seventh-round draft pick of the Phoenix Suns in 1976 and signed as a free agent a year later with the Buffalo Braves.  Warble went on to become president of his own sporting goods company in LaGrange and conducted youth basketball programs that attracted nearly 300 participants.