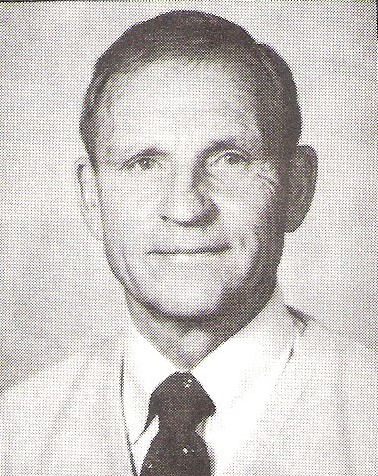 Biography:  Robert "Bud" Cook may be the best player to ever come from Harvard High School.  He was a starter as the Hornets went 40-21, winning the North Six conference title in 1940 and 1941.  Bobby set a single game scoring mark of 28 points and had the career scoring record for many years.  Bud went to The University of Wisconsin on a basketball scholarship only to have his education interrupted by WWII.  After the war, he returned to the Badgers in 1945 and was a 3-year starter at guard.  As the top scorer in the Big Ten Conference he led the team to the Big Ten title in 1947 which entered them into the NCAA tournament (only 8 teams went to the NCAA in that era).  His 847 points set the Badgers' career scoring record at that time.  He was named to the 2nd team all Big 10.  After his senior season in 1948, Bobby was named to the College All Star team.  He played 4 seasons in the NBA for the Sheboygan Redskins where he set the single game scoring mark of 44 points, only to see it broken later by George Mikan.  After he retired from playing, he coached the freshman team at Wisconsin for several years.  Robert Cook died on October 11, 2004 at the age of 83.