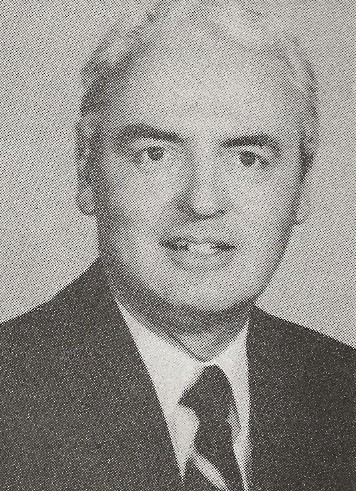 Biography:  Gene Stotlar was one of the first truly outstanding players coached by Merrill “Duster” Thomas (IBCA HOF Coach in 1973) at Pinckneyville High School. Although Thomas and the Panthers didn’t make their first of eight appearances in Champaign until after Stotlar graduated, they were widely regarded throughout Southern Illinois. Stotlar was a three-year all-conference guard for the Panthers in 1943, 1944 and 1945. Stotlar attended Southern Illinois University where he was named the most valuable player in the 1946 NAIA tournament at Kansas City. The same year he was named all-conference at SIU. He was named to the Grantland Rice Hall of Fame in 1953.  Gene Stotlar died on April 7, 2020 at the age of 92.