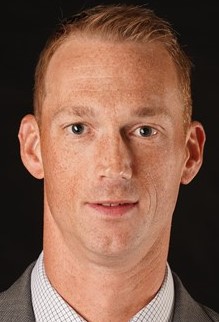 Biography:  Brad was a 2-time all-state player at Plano High School, leading his team to 4th place in the 1999 IHSA Class A State Tournament.  He averaged 22 ppg and 12 rpg as a senior.  Brad then helped Southern Illinois University to 3 Missouri Valley Conference championships and 3 NCAA Tournament appearances.  He graduated in 2004 with the most wins (92) of any player in school history and became a Saluki assistant coach for several years.  After 16 seasons as an assistant coach at various schools including SIU, Missouri State, and Kansas State, he became the head coach at Southeast Missouri State University.