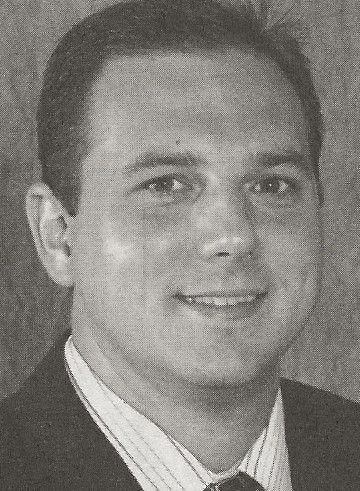 Biography:  Ben was a 1st team all state player as a senior in 1995, leading Farmington High School to a 27-3 record.  He was the team MVP after pacing the Farmers in scoring, free throw percentage and assists.  Ben was a 1st Team all conference and all region player at Lake Land College, leading the team in scoring as a sophomore.  He helped South Alabama to the NCAA Tournament as a junior before completing his collegiate career at SIU-E where he was an all conference choice as a senior.  Ben joins his brother( Rhet) as a fellow inductee and his father, Tom who was inducted as a coach in 2001.