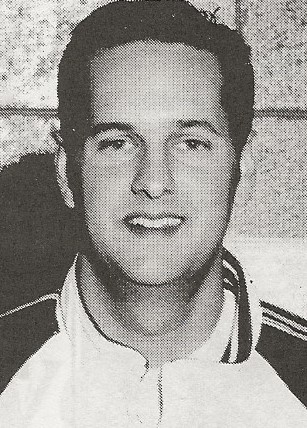 Biography:  Toby Whiteman followed closely in the footsteps of his brother Kirk at Knoxville High School. Toby was a three-year starter on teams from 1988-90 which compiled a 76-8 record and won three regional championships. He is the third-leading scorer in school history with 1,444 points and fourth in career scoring average at 17.2.  Whiteman was an Associated Press Class A All-State selection in 1990 and was co-MVP of the North team in the IBCA All-Star Game. He was also named “Player of the Year” by the Peoria Journal Star and in the Quad City area.  Whiteman was a starter on a nationally ranked Southeastern Community College team and as a sophomore he was named first-team All-Iowa Region. Toby was the team’s assist and 3-point shooting leader both years. He set the career 3-point shooting percentage mark of .489.  His final collegiate seasons were at Monmouth College, where he was a two-year starter on teams that won a pair of Midwest Conference South Division titles.  Whiteman coached four seasons at Atwood-Hammond High School. His final team in 1999-2000 was 17-8 for the school’s best record in 15 years. He was an athletic director, head basketball coach and assistant football coach at (Sciota) Northwestern High School and spent 10 years as athletic director at Abingdon High School. He returned to coaching at (Taylor Ridge) Rockridge High School, where he was 151-26 in six years, had finishes of second place (2016) and third place (2015) in the IHSA Class 2A state tournament and coached future Wisconsin star Ethan Happ.